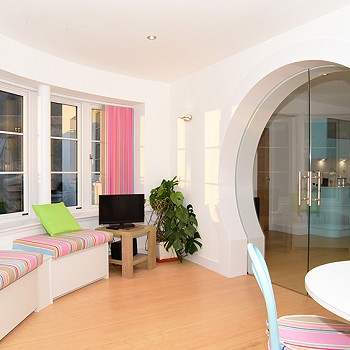 Scarth Craig - Art Deco:
We were approached and asked to quote for continuing this project after it ground to a halt with a previous contractor. We took it over when it was really not very far on in the project, it was only partly framed inside the old original part. We constructed the upper floor timber kit and continued to take it to completion as per the Architectural drawings issued to us by Roundhouse Architecture,

The ‘moongate’ doors as seen in the pictures were a part of the build the clients were very keen to have. We constructed them from scratch as per the suggested shapes discussed, the workings, finishes and were worked out by us and made on site.